MS Motorservice International GmbH, which belongs to first-tier auto-industry supplier KSPG AG (Rheinmetall Group), has extended its logistics capacities at Neuenstadt am Kocher, Germany, and built a new logistics depot on a neighboring site acquired back in 2013. Some 14 meters tall, the building has capacity for 7,000 pallet places on 5,400 square meters. There is also a quality assurance zone. A bridge with a belt for conveying the parts connects with the existing depot, where an additional modern small-parts warehouse has been built. 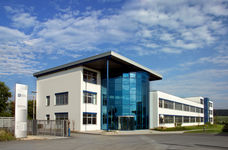 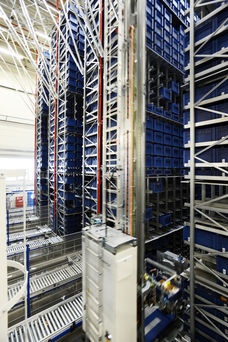 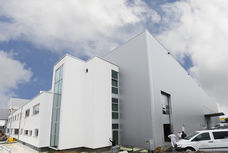 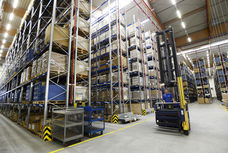 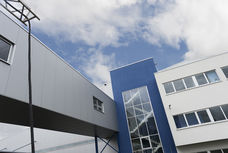 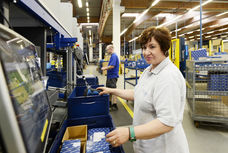 Packaging at the automated warehouse for small parts

The office areas of the company's headquarters in the Unteres Kochertal industrial estate were also extended. Total expenditures at Neuenstadt add up to €9 million. The first building at the headquarters of this parts supplier, an assembly shop of around 7,000 square meters, was built back in 2005. This was followed at the end of 2007 by a two-storey parts depot with high-bay warehouse and an effective area of about 12,000 square meters. Since then, Motorservice has been expanding vigorously and reaching the limits of the available space. At the same time, customer ordering procedures and needs have changed, calling for even faster shipping response. To address this situation, Motorservice decided to expand its facilities by adding a new building while exploring the possibilities of extra space and more flexible workflows in the existing building. The outcome is a new automated small-parts warehouse with 31,000 storage locations integrated into the existing logistics. At the same time, valuable space for a further 3,500 pallets was created in the existing depot.

The new building includes a quality assurance zone. Here, several 3-D coordinate measuring machines for verifying product dimensions are installed in an air-conditioned room. Paving the way for the long-term investment in this German business location was a collective wage agreement amendment negotiated with the workforce to the effect that the 39-hour working week originally stipulated until the end of 2016, would remain in force until 2023. The amendment also provided for other flexibility options and the number of temporary workers increasing to 8 percent of the total workforce. In return, the globally operating aftermarket company guarantees to maintain Neuenstadt as its business location until at least the end of the period and to keep up its high 5-percent workforce proportion of apprentices.