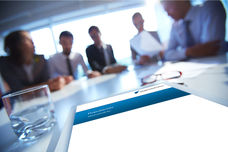 With stable sales growth and a further improvement in profitability, the Düsseldorf technology group Rheinmetall AG is on the home stretch for fiscal 2017. Both sectors grew their sales volume and significantly increased income in the first nine months, with Defence almost doubling its operating earnings year-on-year. Automotive again contributed the larger share to consolidated earnings.

Rheinmetall is aiming for organic sales growth of around 6% for the fiscal year, based on annual sales of €5.6 billion in 2016. At the same time, Rheinmetall is forecasting an operating earnings margin of slightly more than 6.5% for 2017.

Armin Papperger, CEO of Rheinmetall AG said: “We are highly confident of comfortably achieving the earnings forecasts that we raised slightly in August. Rheinmetall is on a good track and has a strong positioning on many key markets worldwide. In our Defence sector we are benefiting from many countries’ growing demand for the equipment of those who ensure our security. In the Automotive sector we are making key contributions to fuel efficiency and emissions reduction as well as to electromobility – and here too our pioneering technologies make us optimally poised to continue expanding our market positions.”

Rheinmetall generated consolidated sales of €4,174 million in the first nine months of 2017, corresponding to growth in business volumes of €270 million or 6.9% compared to the same period of the previous year.

The international share of sales increased slightly to 78%. In addition to the German market (22%), the key regions in terms of sales volumes were Europe excluding Germany (31%), followed by Asia (18%) and North and South America (13%).

Operating earnings rose significantly in the first nine months of 2017 by €49 million or 27% to €231 million. The Automotive sector and the Defence sector contributed €23 million and €28 million respectively to this improvement.

This rise in earnings increases the Group’s operating earnings margin from 4.7% (2016) to 5.5% in the reporting period.

The order backlog of the Rheinmetall Group remains at a consistently high level. At €7,234 million on September 30, 2017, it was only slightly below the figure for the same period of the previous year (€7,359 million).

Automotive: Income increase in all the divisions -
Margin rises to 8.7%

Rheinmetall’s Automotive sector further improved its earnings power and reported a clear rise in operating earnings. The sector generated sales of €2,149 million in the first three quarters after €1,992 million in the previous year. This corresponds to growth of €157 million or 7.9%.

Operating earnings rose by €23 million or 14% in the same period to €186 million as against €163 million in the previous year.

Sales in the Mechatronics division increased significantly due to continuing strong demand for products to reduce fuel consumption. Sales growth of 9.2% to €1,214 million is accompanied by an increase in operating earnings of 25% to €130 million.

Sales in the Aftermarket division grew by 13.4% to €271 million in the first nine months of 2017, while operating earnings climbed by 14% to €25 million. This is mainly due to higher sales of the Group’s own Kolbenschmidt and Pierburg brands in the Western and Eastern Europe sales regions.

In the context of the advised optimization of the location and production structures in the Hardparts division, the anticipated costs for the closure of the car piston plant in Thionville, France, reduced reported EBIT by around €22 million in the third quarter of 2017. This measure will improve the division’s earnings quality from as early as next year, resulting in earnings improvements of €10 million per year in the medium term.

This measure does not affect the forecast raised in August 2017 for operating earnings (EBIT before special items) with a margin of around 8.4% for 2017 as a whole.

The joint ventures in China not included in the Automotive sector’s sales figures increased their sales by 2.3% from €620 million to €634 million in the first nine months of 2017. This increase amounted to 6.1% after adjustment for currency effects, and therefore significantly outperformed the market itself, which grew by 2.2% in the first three quarters. Earnings after taxes were up 10% at €33 million.

Sales by the wholly owned subsidiaries in China improved by 26% to €93 million. Their EBIT rose from €5 million to €8 million.

The Defence sector reported a strong increase in earnings relative to its sales performance. The sector’s operating earnings rose by 88% or €28 million and climbed to €60 million after €32 million in the previous year.

This improvement was mainly driven by the Vehicle Systems division, which increased its operating earnings from €-1 million to €28 million.

Order intake in the Defence sector is stable at a high level. New orders of €2,292 million were received in the first nine months of 2017 after €2,325 million in the previous year.

After declining incoming orders in the first quarter of 2017, there was significant growth again in the second quarter (up 28% year-on-year) and the third quarter (up 52%).

All three of the sector’s divisions acquired key major orders.

The Vehicle Systems division received the largest single order in the third quarter of 2017 – almost 2,300 trucks with a total net value of around €760 million to be delivered to the German armed forces. An initial tranche of €200 million (net) was already recognized as an incoming order.

Weapon and Ammunition also had success with the German armed forces in the third quarter with a long-term framework agreement that covers ammunition of various types and calibers, and which entails the prospect of a nine-figure order volume.

Sales growth in both sectors

Rheinmetall Group expects to continue its growth course in fiscal 2017.

In view of the Automotive sector’s positive business performance in the first three quarters, the Group is underscoring its growth forecast for this sector and the Group. Based on current expert forecasts regarding trends in global automotive production, which currently anticipate an increase in production of 1.9% this year, Rheinmetall expects to achieve sales growth at the upper end of the forecast range of between 6% and 7% in the Automotive sector. For fiscal 2017 Rheinmetall is forecasting sales growth in the Defence sector at the lower end of the projected range of 5% to 6%. After sales of €5.6 billion in 2016, Rheinmetall still anticipates organic growth of around 6% for the current fiscal year.

Improvement in earnings and consolidation of profitability

The margin forecast for Rheinmetall Automotive, which was raised slightly in August 2017, is being reaffirmed. Rheinmetall is anticipating an operating margin for the sector of around 8.4% in the current fiscal year. The Group expects that earnings will continue to improve in the Defence sector in 2017, and is now forecasting an operating earnings margin at the upper end of the previously projected range of between 5.0% and 5.5%.

Taking into account holding costs of €20 million to €25 million, this results in an operating return of slightly more than 6.5% for the Rheinmetall Group.