Personnel change at the Rheinmetall Group 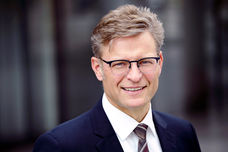 After 20 successful years in the Automotive sector and on the Rheinmetall Group's Executive Board, Horst Binnig (60) has asked the company's Supervisory Board to be released for personal reasons from his duties as Chairman of the­ Executive Board of Rheinmetall Automotive AG and as a member of the Executive Board of the Group holding company Rheinmetall AG. Following the implementation of a succession plan with a smooth transition of leadership duties, he will relinquish his responsibilities within the Group by the end of 2019 and retire.

After working for the KACO Group and Hengstler GmbH, Binnig joined the Automotive sector of the Rheinmetall Group in 1999 where he was initially in charge of Corporate Development and then headed the Automotive subsidiary KS Aluminium-Technologie. During this time, he was also instrumental in setting up the Group's second major joint venture with SAIC (Shanghai Automotive Industry Corporation) in China. In addition, he shaped and drove forward the vigorous expansion of Rheinmetall Automotive's activities there as part of its internationalization strategy. Horst Binnig has been a member of the Executive Board of Rheinmetall Automotive AG since 2012 and took over as Chairman at the beginning of 2014. He was also appointed to the Executive Board of Rheinmetall AG in 2014.

Ulrich Grillo, Chairman of the Supervisory Board of Rheinmetall AG and Armin Papperger, Chairman of Rheinmetall Automotive AG's Supervisory Board, pay tribute to Horst Binnig's entrepreneurial achievements: "Even though there is still some time left before his departure, we would like to thank Horst Binnig today. Not only has he played a decisive role in the extremely positive development of Rheinmetall Automotive's business over recent years, he also delivered important impetus for the development of the Rheinmetall Group as such as a member of the Group's Executive Board. All the more do we therefore regret his decision as much as we respect it.“


Of course, we will always respect the do-not-track (DNT) setting in your browser. In this case, no tracking cookies are set and no tracking functions are loaded.